What is AWB (Air Waybill)

First of all, what is AWB (Air Waybill)?

AWB is an invoice for international air cargo which plays the same role as shipping slip of EMS or DHL if it says simply.

In the AWB we will explain the contents of what is described is as below. 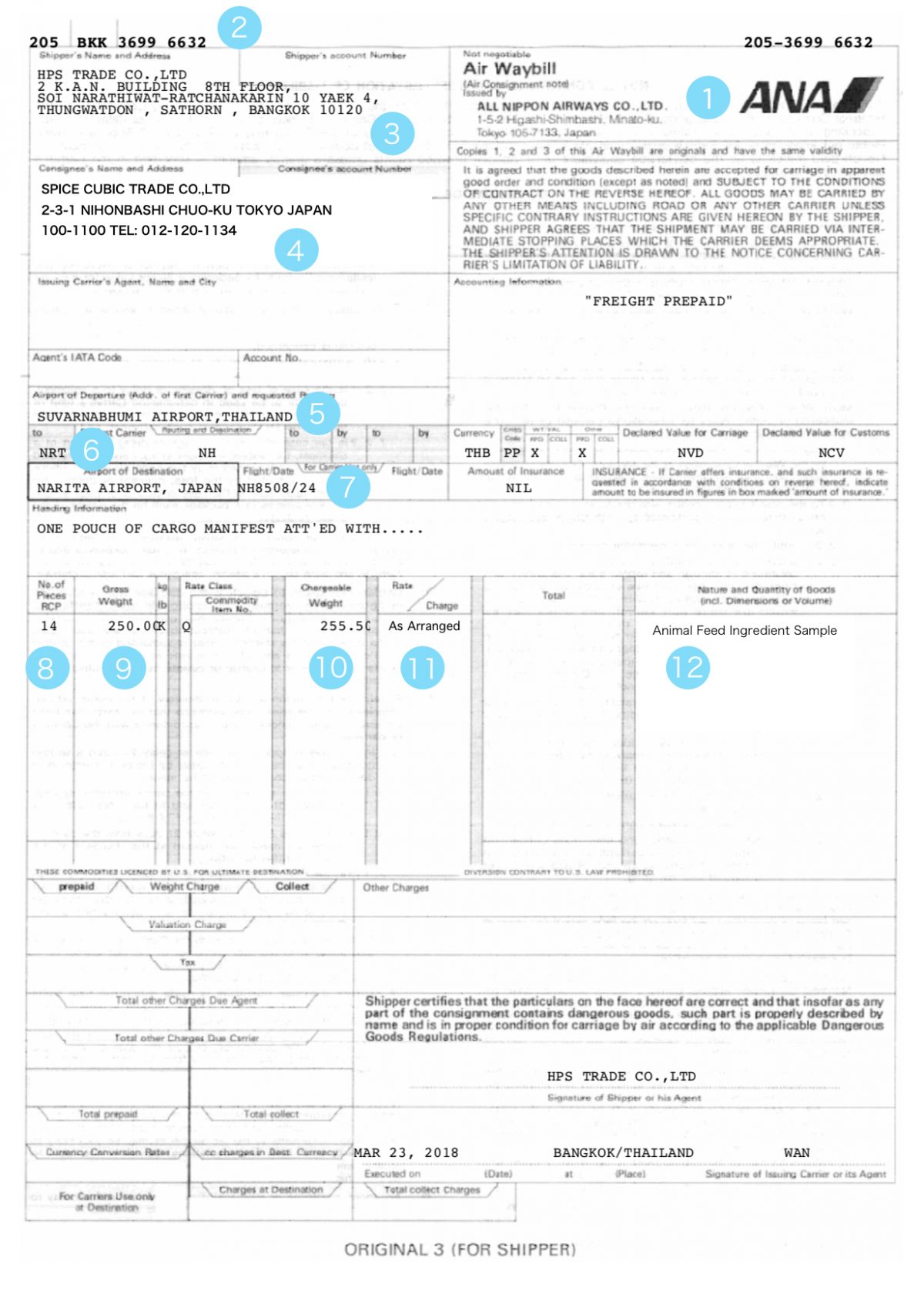 It is the AWB that the shipper and the airline contract directly. Basically, an air cargo agent (forwarder), which is a dealer of airline company, will issues AWB even if it says direct contract.

As stated at the beginning, since Master AWB is a direct shipping contract between the shipper and the airline, the airline operating the airplane will be transported from the departure airport to the arrival airport.

In other words, the consignee who received Arrival Notice from the airline when the cargo arrives at the landing airport must take D/O to the airport by himself and make import customs arrangements by himself as well. It seems very complicating work. As an advantage, Cnee will be able to receive cargo earlier than Forwarder AWB.

There are two AWBs in Forwarder AWB.

Let’s explain the difference between MAWB and HAWB.

What is MAWB (Master AWB) 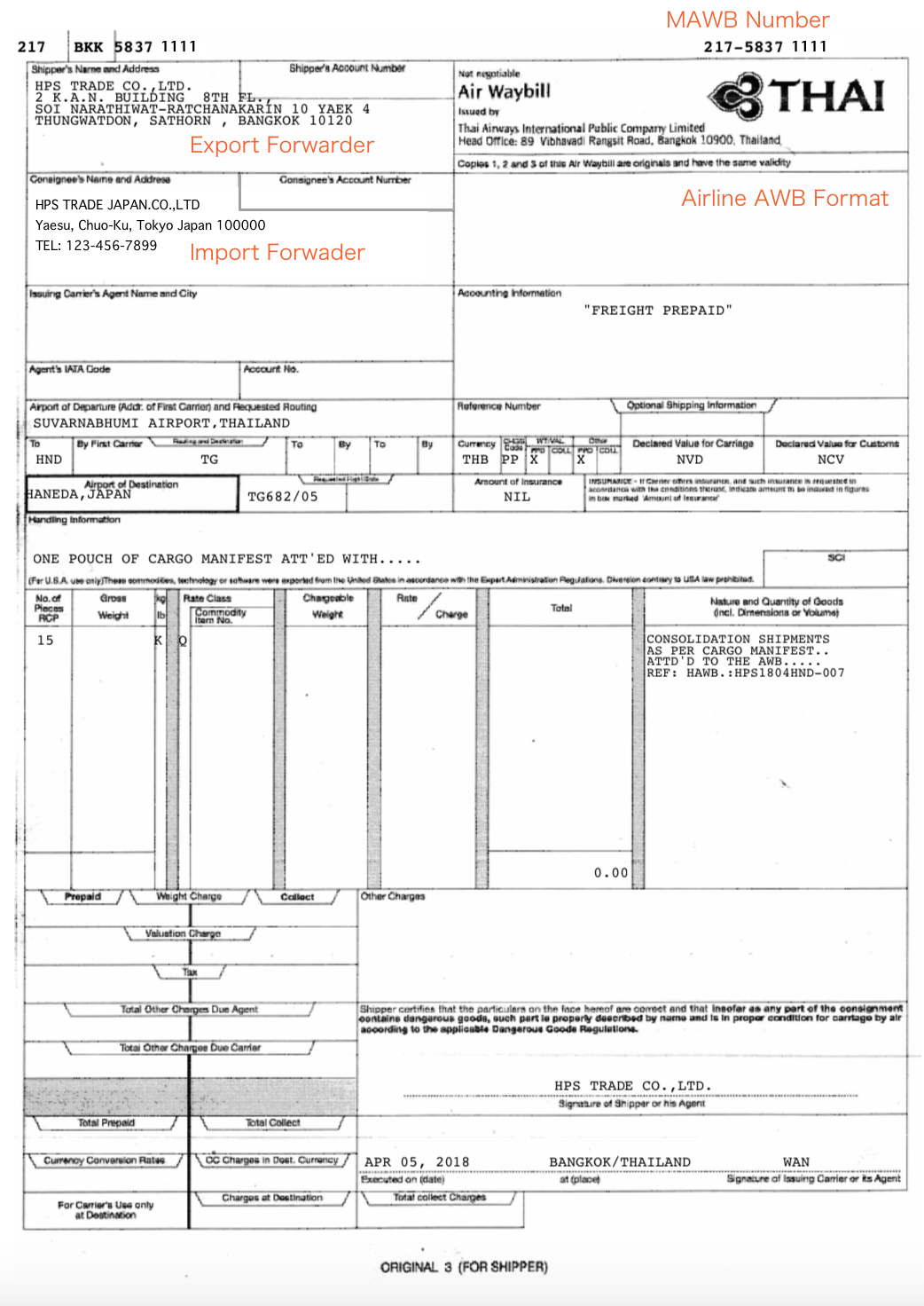 As mentioned above, the shipping contract will be connected with forwarders and airlines. Therefore, on MAWB the following will be stated.

Forwarders themselves own cargoes and using the space of airplane operated by Airlines. Therefore, the source air and the landing airport will be operated by the Airline to use.

What is HAWB (House AWB) 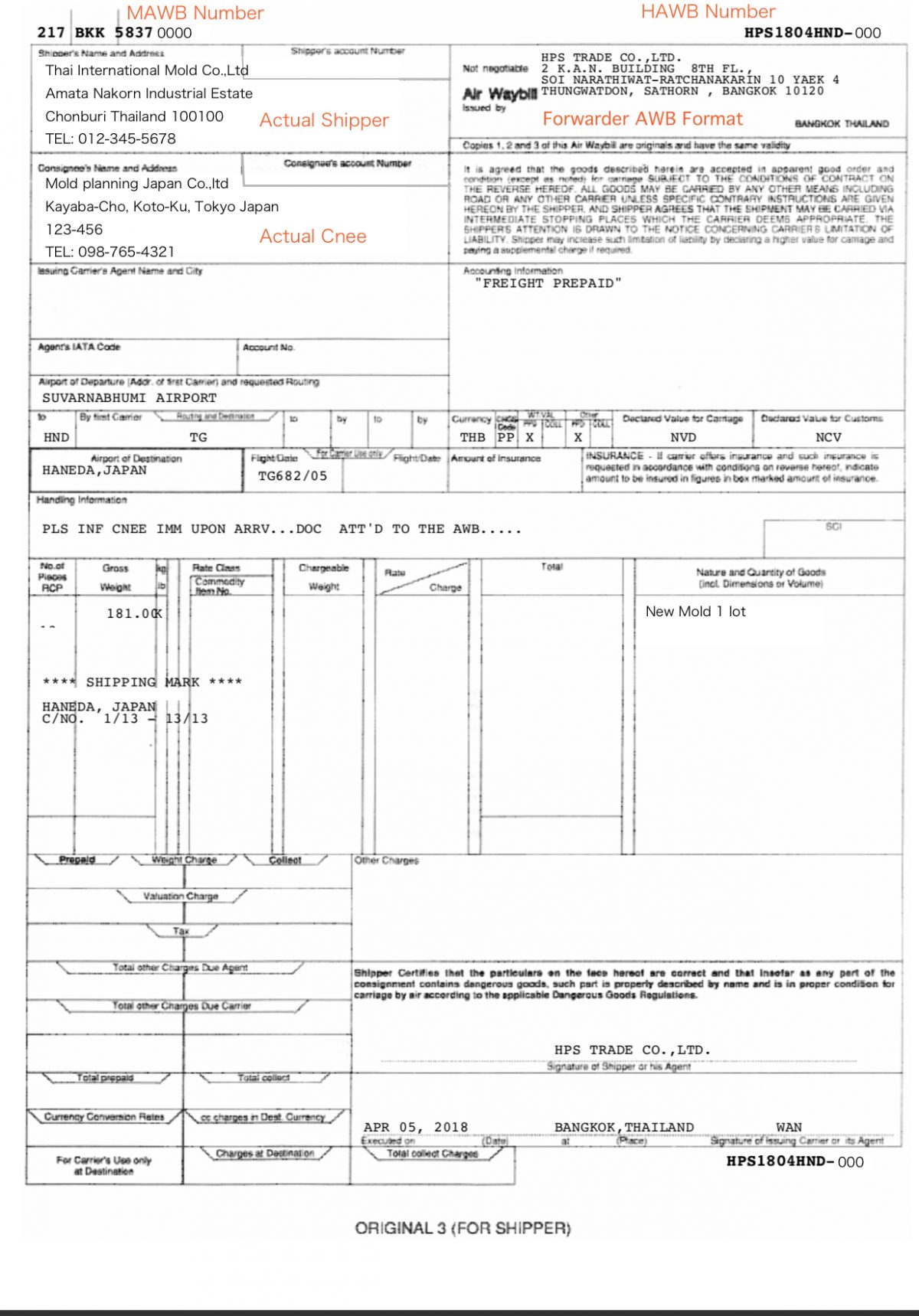 The shipping contract will be connected with forwarders and shipper companies. Therefore, the following will be stated on the HAWB.

Forwarders will be responsible for picking up the cargo from shipper and delivery to consignee by air shipment. In addition, Forwarders serve as customs brokers, it is possible to provide total shipments of logistics to shippers, including export declarations to customs and import declarations.

It is much easier and faster to use Forwarder service for international logistics.

「What is the L/C(Letter of Credit) deal? Explain its purpose, meaning, and related rules」

「【Container Dictionary】This is all about the containers for International Logistics. The explanation of container Type, Size, Weight, Usage, Repairing, Problem and so on.」