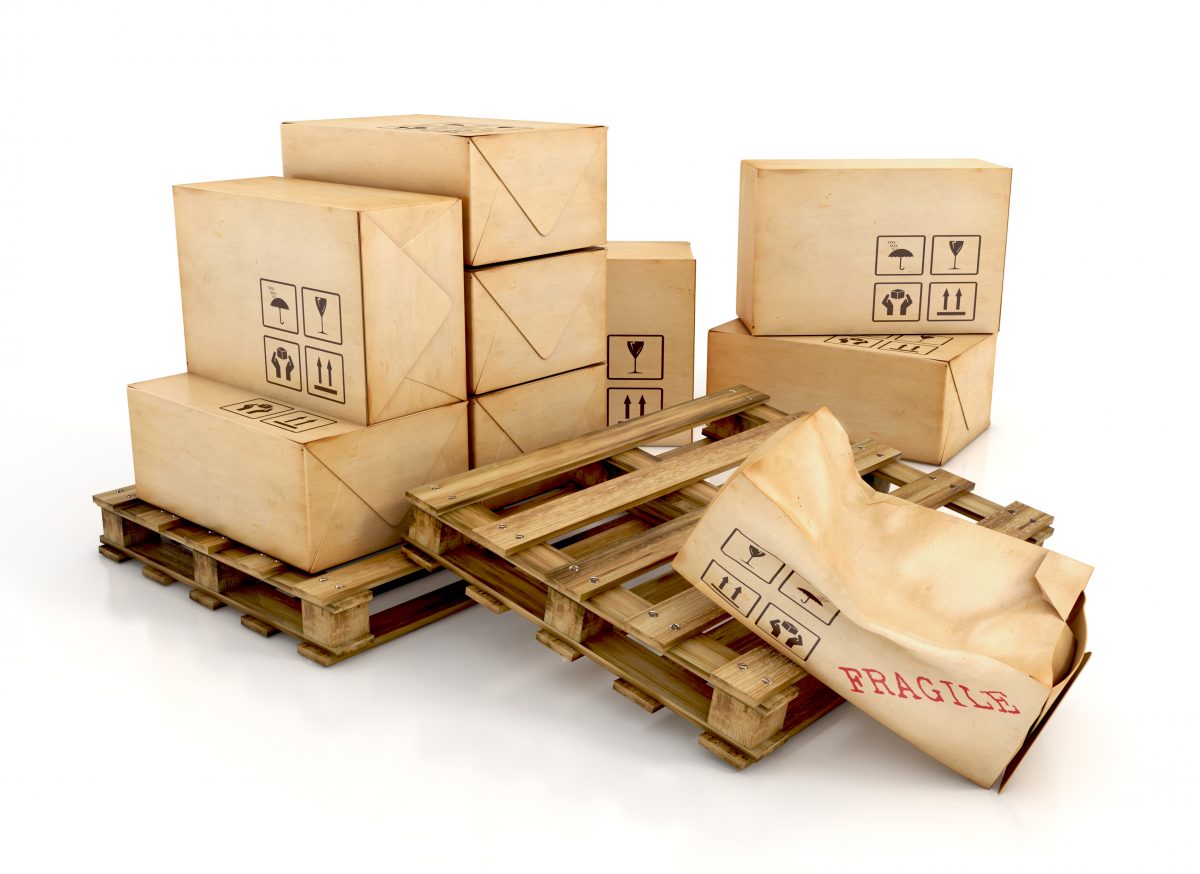 Packing is very important if we want to carry cargoes safely. Especially in international transportation, there is possibility everywhere that cargoes may be damaged. Here we are going to discuss what kind of methods we should take against cargo damaging. First let us explain how cargo damage occurs during transportation.

Where the cargo damage occurs?

Products are loaded into trucks or containers by human hands, forklifts, cranes, etc. And the most of the problems in this process are caused by human errors.

・On the way from factory to CFS (Container Freight Station)/Terminals 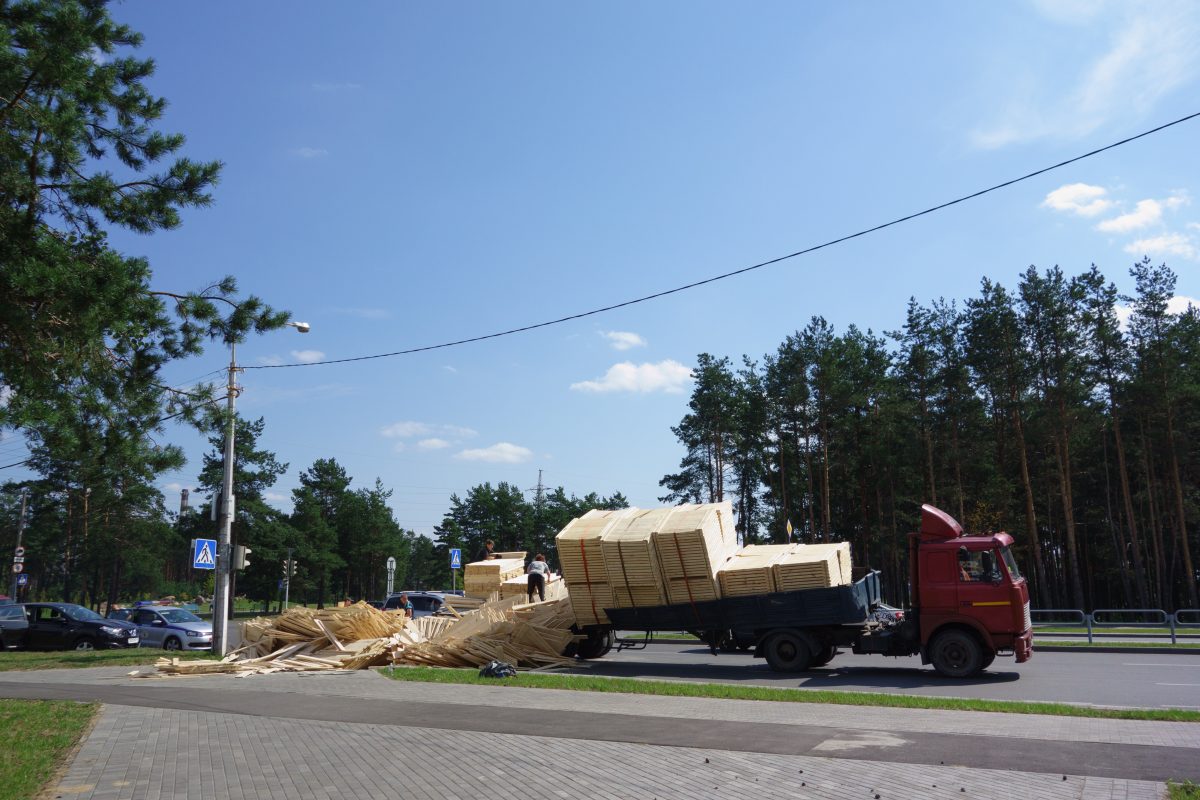 If the road condition is not good, or accidents happen while driving, the cargoes in trucks or containers can be shaked and damaged.

・During cargoes are loaded in CFS

In the case of LCL or in the case if cargoes cannot be loaded in factory, it will be loaded into containers in CFS (Container Freight Station).

In the case of LCL, the way of loading cargoes is not the same every time since the cargoes which come from the different factories are consolidated together. If the operator makes a mistake at this time, or there are mistakes when handling forklifts, cargoes can be damaged.

Although it is possible to make a request not to put anything on one’s own cargoes, there is a possibility that workers at the site make a mistake due to insufficient instruction. 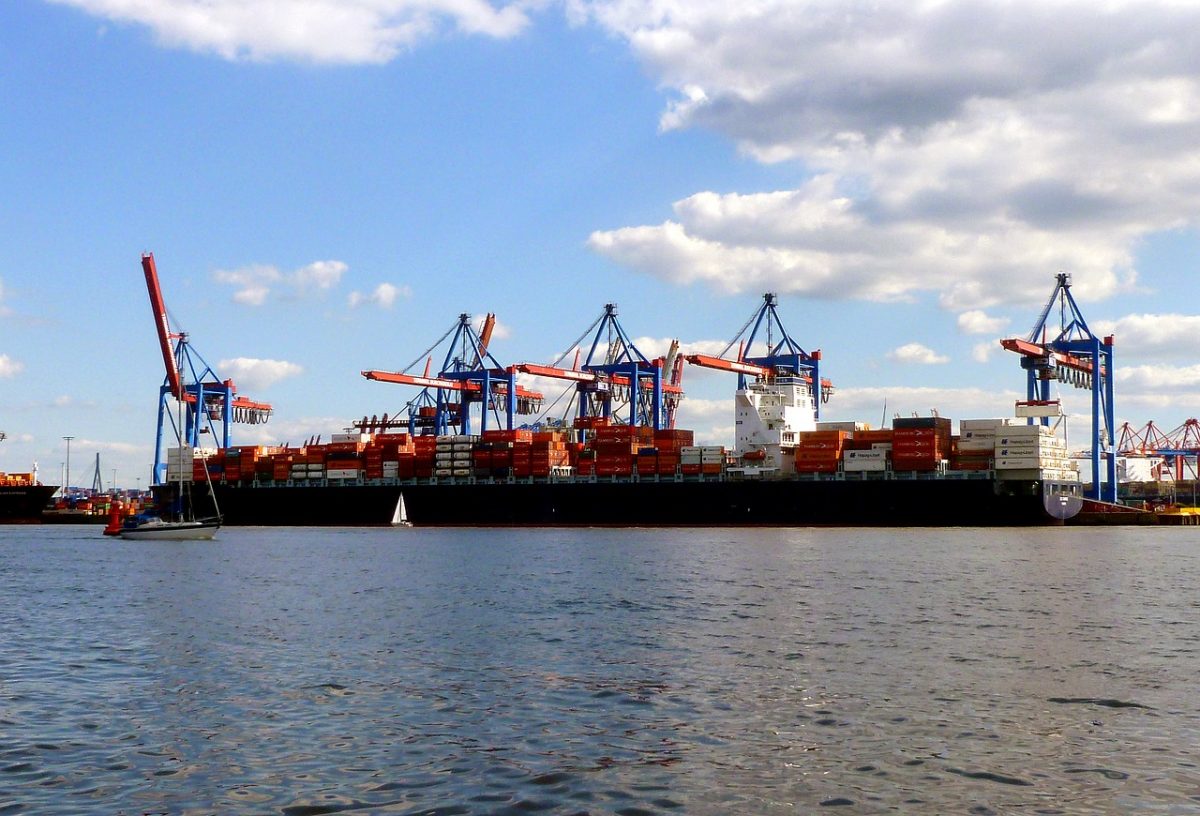 After the cargoes are put in containers, they are loaded onto the vessel by gantry cranes. This process of gantry crane is human operated. The containers are piled up on the vessel.

Although workers try to grasp the precise location of the container, containers sometimes are not piled up precisely on the first try if workers are not well experienced or there is a sudden gust of wind, etc. In this case the cargo can move inside the container and it can be damaged as a result.

・On the way of Ocean Shipment

Containers on the vessel may be shaken by the waves on the sea, and the cargo may move in the container, which may cause damage to the cargo.

・During the operation of unloading cargoes by gantry cranes

In the same way as loading operation, cargoes are unloaded from the vessel by human operated cranes. Human errors can shake the container when unloading, resulting the damage to the cargo.

・During the operation of unloading cargoes in CFS 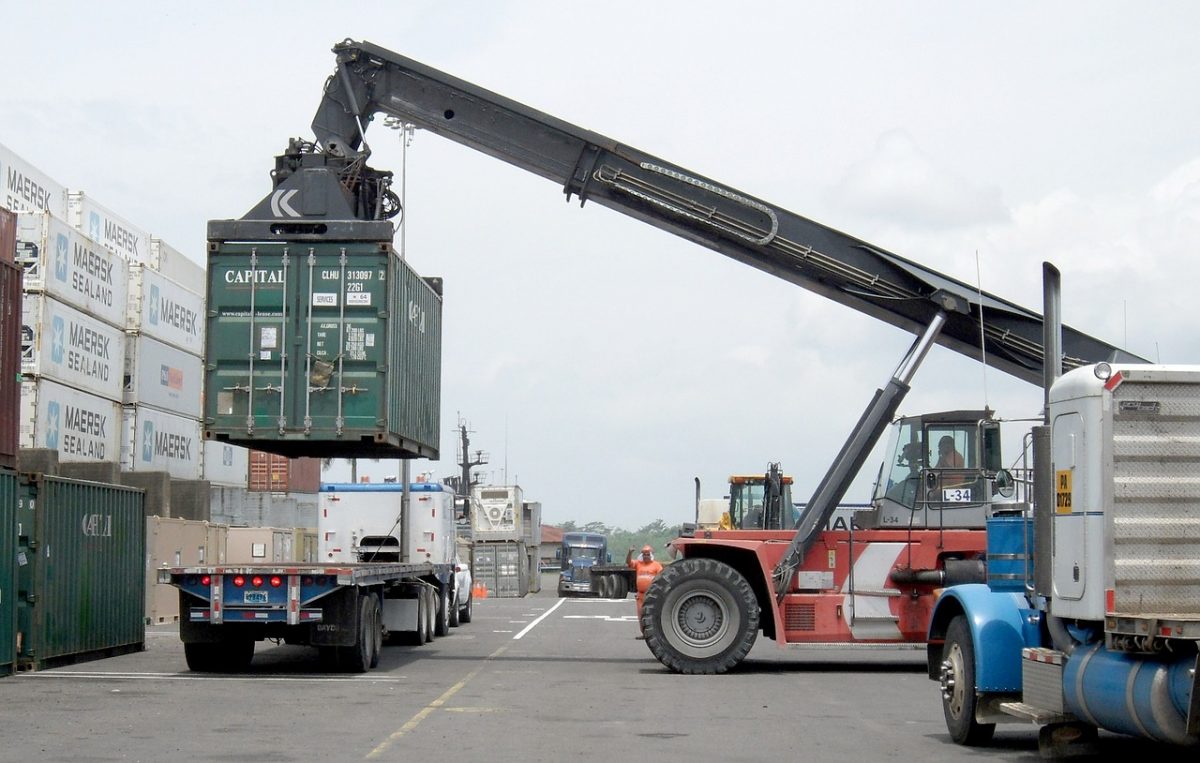 Similarly as loading operation in CFS, unloading process can cause damages on cargoes due to mistakes by workers or mistakes in the crane operations.

・On the way from CFS/terminal to factories

Bad condition of the road to factories or accidents while driving truck can shake cargoes in truck/containers and cause damages to cargoes, as in the exporting process.

・During unloading in factory

As well as in the loading process of cargoes at export site, the mistakes by workers or the mistakes in the operation of forklifts/cranes can cause damages to cargoes.

Who has to take responsibility of the cargo damage?

As mentioned above, in the process of sea shipment, there are risks everywhere that the cargo may be damaged. When the damage is found out, the location of the responsibility should be confirmed first.

In case of LCL, there is higher risk of damaging, but a credential paper called Tally Sheet will prove the cargo damage

Especially in the case of LCL (Less than Container Load), since cargos are loaded with those of other factories, there is higher risk of damaging cargoes. However, in the case of LCL there is a paper called Tally Sheet, in which the condition of the cargo is recorded when loaded, with its pictures. So it is possible to specify the damage to the cargo when loading and unloading in CFS.

However, this is only for specifying where the damaging happened, and who take responsibility of cargo damage. It is not for preventing the damaging itself, as mentioned later, though it of course has some deterrent effects.

Trucks are also covered by insurance

There are cases that truck accidents can cause the cargo damaging, but the truck companies also take out insurance. So the damage during the truck transportation may be compensated by truck company, though it depends on the amount of compensation.

Why Marin Insurance is highly recommended? 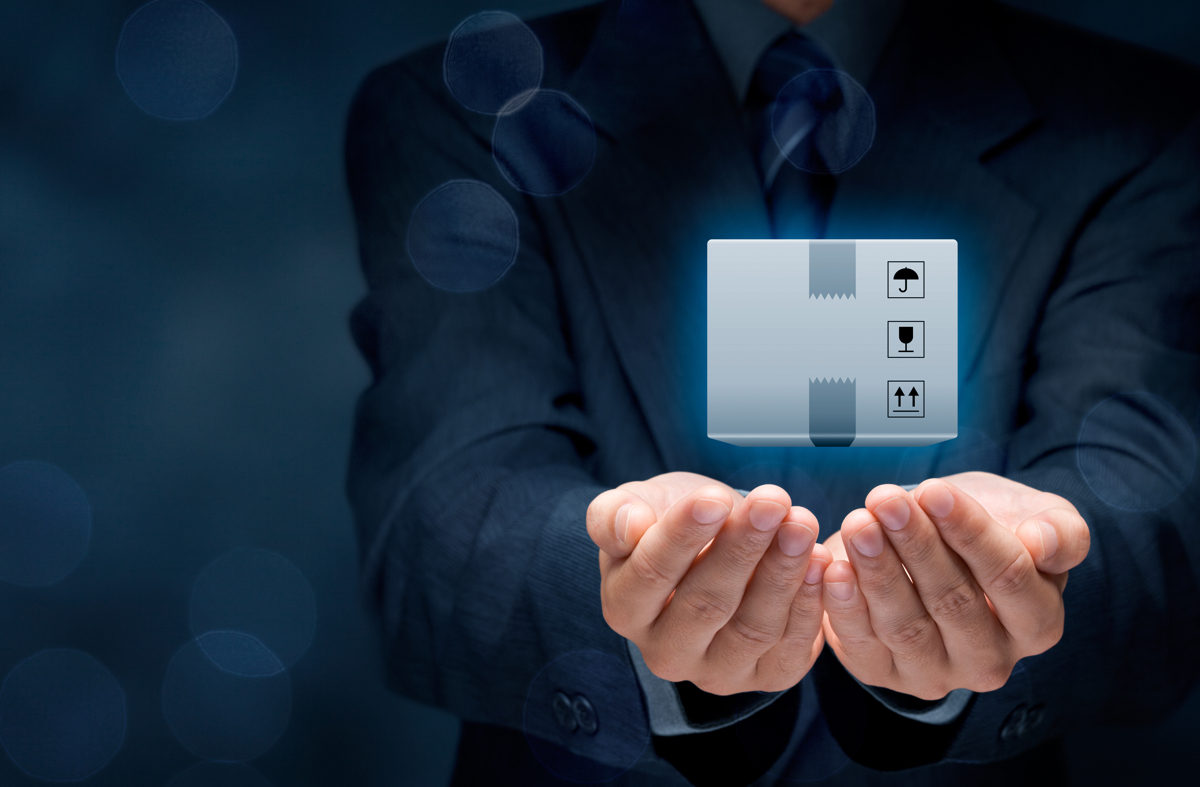 Although it also depends on the relationship and communication between customers and freight forwarders, if the damage is not very serious forwarder may pay for it in order to quickly solve the problem, since somebody has to bear its pecuniary burden. So from the view point of us, the freight forwarder, we would like customers to take out insurance for all shipment.

A proposition of packing/lashing that can prevent cargo damage 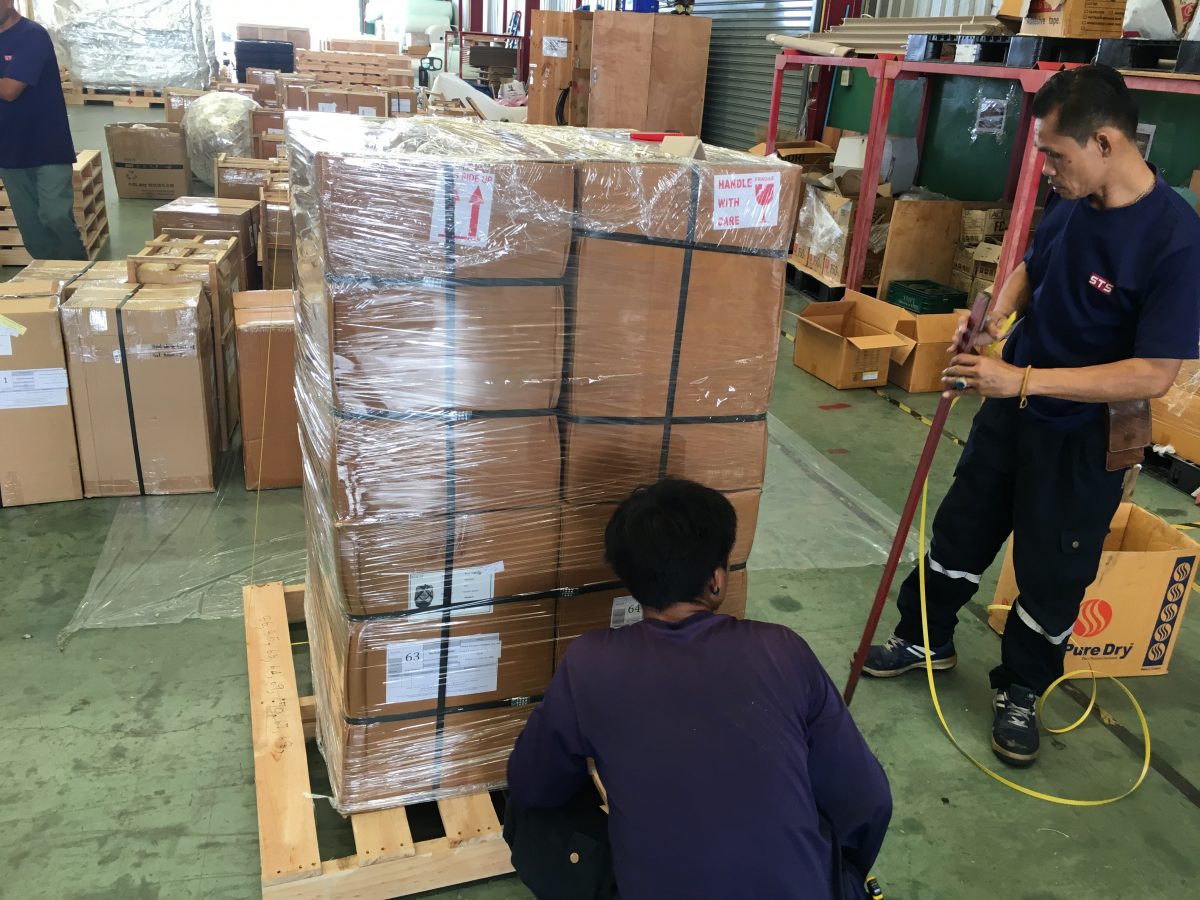 It is not very productive to discuss who is responsible and who has to bare the expense every time when the problem occurs. If the problem occurred, our work as freight forwarder is to think out the way to prevent it next time.

To contrive a good way of packing

Whether or not the mistake is caused by human errors, the packing is very important thing that can protect the cargo from being damaged. There are many ways of packing, as normal cardboard, reinforced corrugated cardboard, wooden box, crate packing, steel packing, etc.

The more solid way of packing costs the more, so you don’t have to pack the cargo more than necessity, but choose the most appropriate way, considering the pecuniary/temporal cost of packing.

The packing of cargoes is necessary process when we internationally transport cargoes safely. However, it is also true that packing takes cost. We freight forwarder would like customers to understand that there are risks of cargoes being damaged here and there, as has been mentioned above, and that it is very hard to prevent the damaging perfectly.

Also, we are very willing to share our ideas on what kind of packing/ lashing will be the most effective and safe in case the cargo damaging may occur, considering the pecuniary cost and temporary loss. So please feel free to get in touch with us on this issue.

「The logistics flow of Ocean Export by FCL and LCL. How the cargo will be delivered to the customers in overseas.」